This is a Chinese based company founded om December 16, 2013. The company’s main goal was to provide and design a smartphone that would balance high-end quality with a lower price than other phones in its class, And they are giving such smartphones which are providing high end quality with the over price. One Plus Phones are the unique in the market with the world-class performance and best ever reviews. 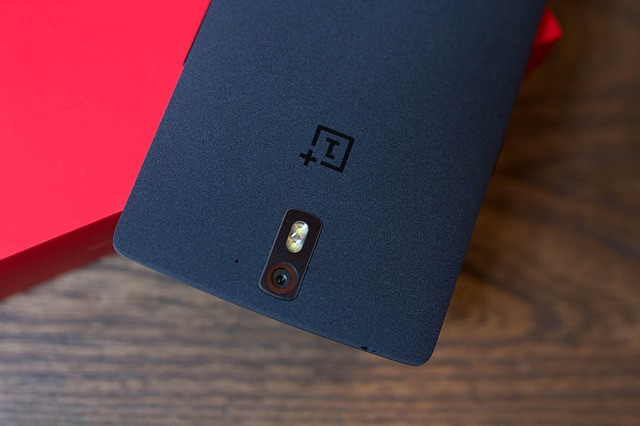 An Introduction To The OnePlus 8 Pro 5G

OnePlus 8 Pro 5G (2020) is Beyond the Limits. Are you ready to experience a high resolution display with a 120 Hz refresh rate, because, it is designed to display your content cinematically clear? With Curved edge-to-edge design, the display curves over the smartphone edges for an arresting design and an immersive cinematic viewing experience

OnePlus Z – The Smartphone Everyone is waiting for

Hey, Guys, I am very excited about Oneplus’s Z. As its gonna launch first in China but according to the new official Weibo post its gonna launch in China, which means the global launch is first and then in its home country. In this launch we are only expecting oneplus 8 and 8 pro, the 8 lite aka oneplus Z is expected to come in the later part of the year. But since I have already told you most of the things there is to know about oneplus 8 and 8 pro in my previous article, so in this article, we are gonna go through oneplus 8 lite or what we now know as oneplus Z.

Firstly, Max Weinbach stated that the OnePlus 8 Lite would actually be called the OnePlusZ, as a spiritual successor to the OnePlus X from 2015 which was a budget alternative to the OnePlus 2. This handset would likely be for fans who are put off by the fact that OnePlus phones are slowly getting more and more pricey. The source referred to it as “OnePlus Z” and said the hardware matched the previous OnePlus 8 Lite renders. The OnePlus Z will have a similar front design to the Samsung Galaxy S20 series phones. It will have a bezel-less AMOLED display with a punch-hole cutout in the center whereas the rear of the phone will have a glass panel along with a vertically mounted camera setup with a big hump. OnePlus will go for a high-quality display on the OnePlus Z.

The previous leaks suggested a 6.4-inch FHD+AMOLED display with a refresh rate of 90Hz. Since this is an AMOLED display, there could be an in-display fingerprint sensor on this phone as well. To power the phone, OnePlus could rely ona MediaTek Dimensity 1000 chipsets. This is a flagship-grade chip set from MediaTek that supports 5G and offers performance that rivals the likes of phones with Snapdragon 865, Snapdragon 855 Plus, and Exynos 990. This will be the first time OnePlus will relyon a MediaTek chip set for one of its phones. To help with the performance, OnePlus could also throw UFS 3.0 storage and LPDDR4X RAM. There will be Oxygen OS based on the latest Android 10 and OnePlus could offer up to three years of updates.

OnePlus could use a 4000mAh battery on the OnePlus Z and it could come with the same Warp Charge 30T technology. However, chances are that OnePlus could also use lower charging speeds to keep the costs low. OnePlus will apparently include three rear-facing cameras too. There will be a 48-megapixel camera paired along with a 16-megapixel camera and a 12-megapixel camera, with the latter two being an ultra-wide camera and a telephoto camera respectively. The front camera is expected to be a 16-mega pixel camera that we have seen on previous OnePlus models. As of now, the OnePlus Z is said to price in the sub-Rs 30,000 segments. There can be a base variant with 8GB RAM and128GB storage that could be priced close to Rs 25,000. The top-end variant with 256GB storage could be priced close to Rs 30,000. So, What are your thoughts on Oneplus Z, Would you buy this or go with the regular or the pro variant,

But however, this OnePlus 7 completely restores back the lost glories of the OnePlus history. This is my opinion. Now let us dive into the Pros & Cons of this amazing device, OnePlus 7:

1) Display: I use both Samsung and OnePlus devices. The reason is: I love Samsung’s vibrant AMOLED displays and OnePlus device’s fantastic, butter-smooth, fastest Oxygen UI. So I always desired both on one phone (display and fastest Oxygen UI). And at last, OnePlus 7 fulfilled my desire. OnePlus 7 has a fantastic UI (Oxygen OS) + display like Samsung devices (like S10+). But note that this will NOT BE BY DEFAULT. By default on this OnePlus 7, the display is not great like Samsung AMOLED displays. To achieve Samsung S10+ display on this OnePlus 7 device, you have to do this: go to Settings –> Display –> Screen Calibration –> Advanced and select AMOLED Wide Gamut. Then see the magic. It matches exactly with Samsung S10+. This option is NOT there on previous OnePlus devices (not there even on 6T). So OP7 gets 5 stars for the display.

2) Processor: This device hosts the world’s fastest processor – Snapdragon 855 chipset processor. So everything is butter-smooth. Nothing more to comment. So OP7 gets 5 stars for its powerful processor.

3) UI: There is no smartphone user interface as simple and as powerful as on OnePlus devices. So OP7 too gets 5 stars for its Oxygen UI.

4) Camera: I am very much astonished to see the powerful 48 MP camera on this OnePlus 7 device. I have attached a few pictures. Please have a look.

5) Battery: Though battery backup will be great on all OnePlus devices, on this particular model I felt battery backup little more powerful compared to older devices. I think this is due to the latest Oxygen version, which has been fine-tuned still more for battery efficiency.

6) Storage: Whenever I buy the smartphones, I transfer my huge number of Lord Krishna’s bhajans, wallpapers, videos, etc. So since this time I had opted for 256 GB, I was not selective while copying the files. I just copied all my 177 GB data to my new OnePlus 7. And believe it or not, everything just copied by the time I finished my short snacks break. Thanks to UFS 3.0 storage method. So OP7 gets 5 stars for storage too.

8) RAM: RAM management is always good on OnePlus devices and one need not worry how the Oxygen OS handles the RAM. And even base variant comes in 6 GB this time also. In addition, we have RAM Boost feature also this time on OnePlus 7 series. So OnePlus 7 gets 5 stars for its fantastic low-power consuming RAM.

9) Case: The provided TPU case is very nice and looks like it gives strong protection. 5 stars.

10) Dash Charger: The master technology which is there from past so many years, continues to be still the world’s best technology (excluding Warp charger from the game). 5 stars.

13) Brightness: OnePlus has learned a lesson from its previous failures due to very, very low brightness levels on the screen. Earlier one has to keep brightness level at 80% for normal view. Many customers sold off their devices due to this mistake alone (I have seen in their forums). But fortunately, on this 7 series, the brightness level is good. One has to just keep at 30% to 40% for a good view.

14) Vibration Motor: If you all remember, many users suffered from the worst quality vibration motors on a few previous devices, by hearing an abnormal rattling sound. But this time, as they promised, 200% strong we can feel. There is no rattling sound even when it was tested on the highest intensity.

This I want to be seen by OnePlus.

1) Build Quality: People love even today the classic designs & metal bodies of previous OnePlus devices like 3, 3T, 5, 5T, etc. But this OnePlus 7 looks like plastic back (you can tap and test), although they call a glass body. I don’t know what is the use of providing shiny glass bodies when, after all, it doesn’t support wireless charging. They should have gone for the metal body, or at least, matte finished glasses like OnePlus 6 Silk White or Matte Black. It doesn’t look anymore premium. Forget premium, it doesn’t look good at all.

2) Color Options: As said above, already the device is too shiny and fingerprint magnet. Along with that, the worst color options we have. I really don’t know how many people like the Red color. Though colors are subjective, I don’t think at least Red color is for professionals. And only one left option, shiny Mirror Grey. This too not for professionals. Really disappointing by seeing the color options we have. Why not give White & Gold options? OnePlus, it doesn’t cost you extra.

I think OnePlus should implement Samsung’s wonderful thought of introducing small (S10e), medium (S10) & big (S10+) when they have started entering in series mode. But this device is bigger and heavier than S10+. If you are size-minded or too much worried about bulkiness, this is not for you (forget about OnePlus 7 Pro…my god, 8.8 mm with 205 grams).

4) No Pop-up Selfie Camera: Today almost all the companies have started to provide pop-up cameras even for budget phones and the biggest advantage of this is – full-screen display. Whereas this is NOT THERE on this OnePlus 7. Very sad. They could have charged little more for this and provided Pop-up Selfie Camera (just like in 7 Pro). I really think this is a big con in today’s technology.

5) Screen Guard: I saw a few people complaining protective film on OnePlus 7 Pro had bubbles and not applied properly. I think this is the case on this OnePlus 7 too. Because on my device also (although flat surface) have two air bubbles on the protective film. First time I am seeing this on OnePlus.

Although OnePlus 7 has a few Cons, while considering the PROS and PRICE, IT IS VERY MUCH WORTH BUYING and really deserves 5 stars. Though OnePlus 7 Pro disappointed many, I am sure this will NOT disappoint, because it is really worth FOR THE PRICE WHAT YOU PAY. So definitely this device has saved OnePlus I feel.

Above mentioned are the few upcoming oneplus phones which have been described with the full overview and with the best class technologies. These phones are best in use and best in performance overall.